Despite a very cold January morning – with thermometers showing a meagre 1 degree, and frost on roof tiles – we welcomed an audience of about 20 at the first Musical Bite coffee morning of the year. Music was performed by three of Kirsty Morris Selley’s students. Unfortunately, Kirsty was unable to join in but we listened to James McCafferty, Simran Lakhan and Helen Worthington.

James played a selection of folk songs including O Come, O come Emmanuel, Carol of the Chimes, Judas and Mary and The Boar’s Head Carol. James invited us to join in some of the choruses. I, for one, certainly did!

Simran played on the grand piano the following: Wiosna by Chopin, Allemande in A minor by Handel and Kavaleriiskaya by Kabelevsky.

We were treated to a splendid array of tasty refreshments served by Marian, Fiona and Jean. Many thanks to Sue, Lesley, Fiona and everyone who made cakes. Also thanks to the splendid team of helpers: Jeff, Dave and Anna. The Musical Bite raised exactly £71 for the organ restoration fund. 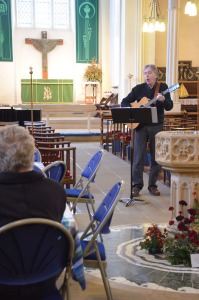 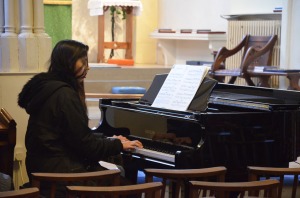 Simran at the piano 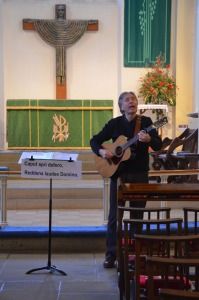 James and the Boar Head carol 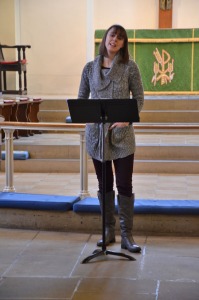 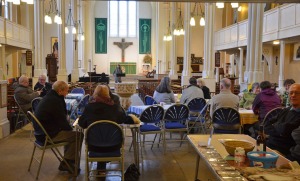