The rain did not dampen the spirits of those who gathered on Sunday afternoon for the Fair Trade and Food Bank Concert. SMSG Band and Handbells played a variety of old favourites, new tunes and food related songs to raise money for Traid Craft and received donations for MK Food Bank. The Food Bank basket was filled and donations of £82.75 will be send to Traid Craft which will be match funded by the Government.

We were delighted to welcome a couple from Birmingham who happened to be visiting Stony Stratford this weekend, some Handbell Ringers from Camp Hill and children who had come for the first time to a live concert and joined in with some percussion.

Thanks once again to all who played, rang and helped in any way - a celebratory end to Fair Trade Fortnight.

by Lesley Salter, photos by Kieran Salter and Anna Page 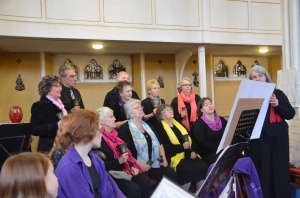 the band watch the handbells 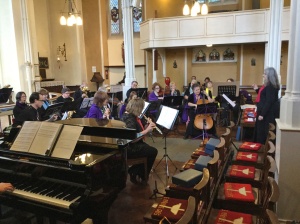 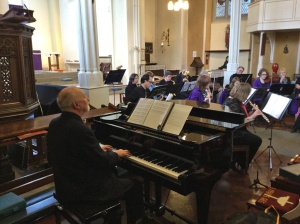 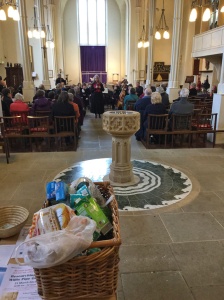